1985 Our first broadcast from humble beginnings

In April, with a few volunteers, we broadcasted a limited range of programs from a small house in the inner-north Canberra suburb of Ainslie.

In March the station established itself in its present location on a five acre block in the north Canberra suburb of Gunghalin. This move was assisted greatly by the Canberra Institute of Technology (TAFE), whose building trades students built the twenty square purpose-designed building which continues today to serve as offices and studios. The vision and leadership of the Rev Dr Ivor Vivian in these early days contributed positively to establishing Radio 1RPH. The new premises were officially opened by our patron, The Hon. Margaret Reid AO.

With support from the Commonwealth we were able to build two masts and install our own transmitters. We also moved from 1620AM to our current position of 1125AM on the dial and increased our power from 500 to 2000 watts.

On the 17th of October, due to this expansion, people with a print disability in the southern suburbs of Canberra and in the surrounding regions of Queanbeyan and Yass could hear our programs and benefit from our information services for the first time.

In August, Radio 1RPH celebrated 20 years of broadcasting with a function at the National Film and Sound Archive, Canberra. At the function, a CD containing historical recordings and images was launched.

The award was presented to Radio 1RPH President Jean Bennett.

The 9th of May marked our first broadcast into the NSW city of Wagga Wagga, the largest inland city in NSW situated 140km west of Canberra. Programs are relayed to Wagga Wagga directly from our Canberra studios.

On the 3rd of December we began broadcasting Riverina news from The Daily Advertiser, a targeted broadcast heard only in Wagga Wagga and surrounding regions at 8.00am each weekday morning.

On the 21st of September we began broadcasting to Junee, a town 43km north of Wagga Wagga and 222km west of Canberra. Town resident June Bennett was a major driver behind bringing our service to Junee.

The service was officially launched by the Mayor of Junee Ms. Lola Cummins and Junee residents can now receive all of the broadcasts we relay to Wagga Wagga.

In April, Radio 1RPH celebrated 30 years of broadcasting at an official function hosted by His Excellency the Governor-General Sir Peter Cosgrove and Lady Lynne Cosgrove at Government House, Canberra.

In July Radio 1RPH began podcasting a couple of its popular programs and interviews. The response has been very enthusiastic and we will now be increasing our Podcast Library in line with listener demand. 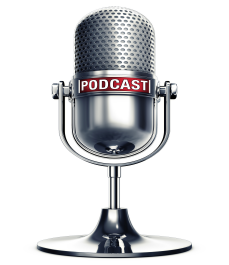